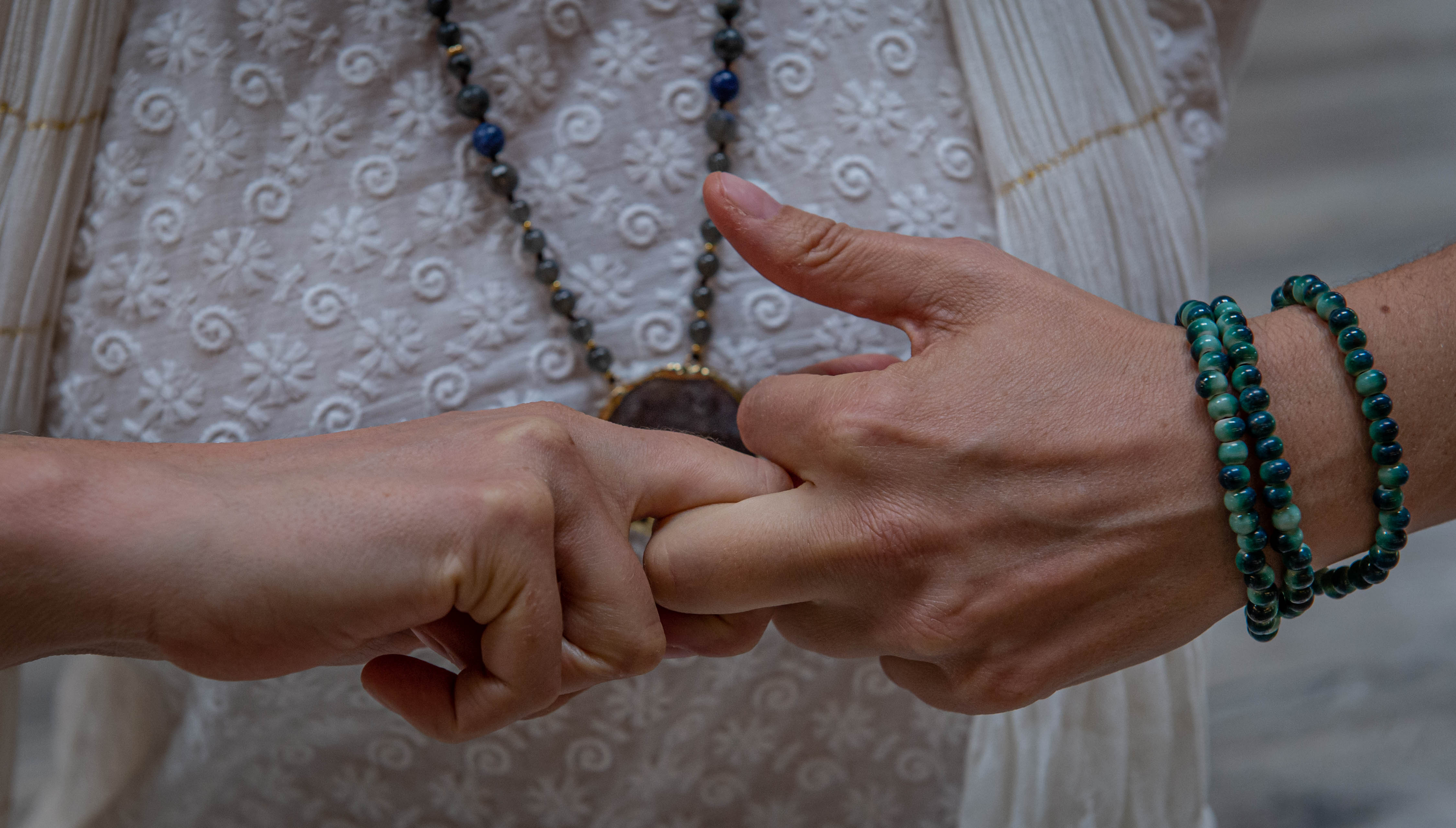 Kundalini Yoga practices usually offer all eight limbs of yoga in each practice. In this practice stress is released, awareness awakened, creativity nourished and connection with oneself, inner wisdom empowered and experienced. Clean out old patterns and support your potential.

This style of yoga was developed for people who live full and demanding lives, and want quick and real access to stress relief, spiritual connection and greater capacity to fulfill their inner calling.

For many centuries it was guarded as a secret practice only for the privileged, and it was suppressed and misrepresented. In 1969 Kundalini Yoga arrived to the western world through Yogi Bhajan. It is said that Kundalini Yoga awakens our soul and liberates us, by connecting us directly to source energy, our intuition and the universal wisdom that flows within in us . The primary goal of Kundalini Yoga is to raise consciousness through the release of kundalini energy. Kundalini literally means coiling. In the classic Hatha yoga Kundalini is described as a coiled serpent at the base of the spine.

Join Rain Yogi and Tara Michele for a ceremony hon

We’re heading into the weekend with a full sched

It's that exciting time again! Our 30-Day Yoga Cha

Are you an evening yoga practitioner? If so, we ha

Happy 2023, Bonfire Community! Are you ready for s